Running shoes, light jacket, water and few bars. That's it. Altels should be doable in this way, I believe. The bad weather unexpectedly came already the day before my attempt for the Altels summit. I brought my tent to the altitude ~2200 meters where the rain changed into snowing. The freezing night was quite long and silent, nobody nowhere. And the same was the morning. Anyway I packed my few things and try to pretend that I am running, although it was more walking. 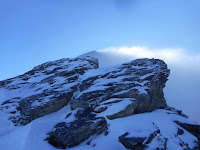 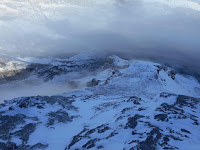 At some point arround 3400 metres (according to my watches) I had to give up. There was no other choice. The slab covered by ice would by tough with normal equipment. With the running shoes I had is it called suicide. Autumn is approaching, running shoes must stay in the valley. 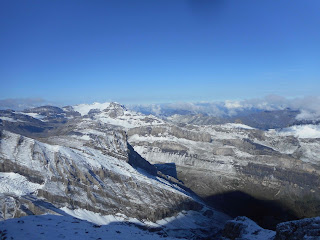 On the other side, there was nobody and the mountain was there just for me. The views were simply amazing. 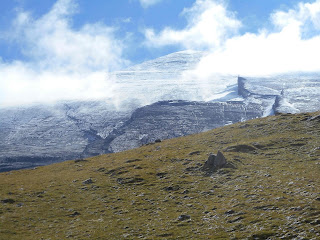 The Altels is amazing slab. I have never seen the bigger one. One could thing to run it directly in the middle. But I don't thing it would work, the slab has roughly 50 degrees. Difficult to say, maybe. 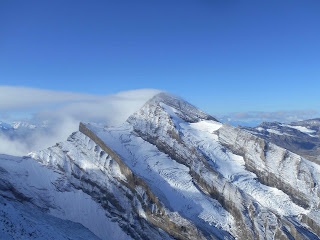 Ringelspitz will not stay unattempted from me, that is sure. It is too nice to let it just stay there without visiting the summit. That could be next running goal if the weather let me run there. 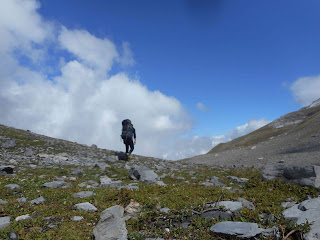 The Alps are already great mountains like Andes, Himalayas and similar. But they offer also plenty of running possibilities. Choose the area which is not often accessed, bring your tent somewhere far away from the people, and enjoy the alpine running next day. More technical routes you choose, more fun you have. Go alone.

Throw away that big uncomfortable boots and rope.  Let's run the Alps!