If you plan to climb that, don't worry. It is very easy mountain. The route from Refugio Emmanuele  is very clear and safe. There are only two things which one should NOT underestimate, namely: WEATHER - really check the forecast and go there only in case of nice weather for whole day (without gps in bad conditions you are done), take at least 10 m of rope for last few meters. It is very easy. I wouldn't call it climbing. But there is one point where one can fall very deeply. 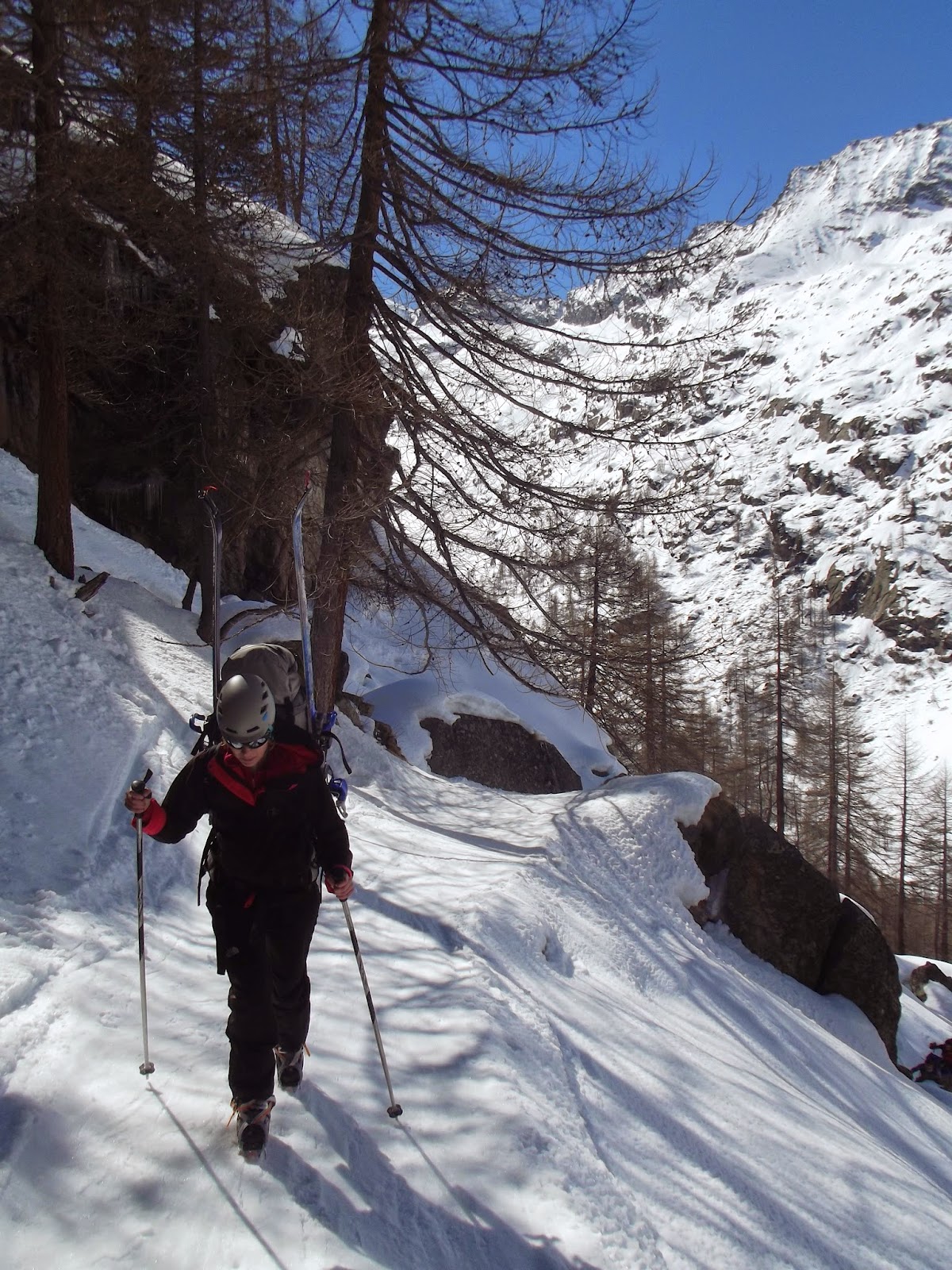 The normal route, the right picture is stolen from somewhere.
Let me know if you find the source.

Weather forecast is o.k., snow conditions amazing, firn holds fest and lower part bellow Ref. Em. is very safe. We are happy about nice winter day. I thought that we would stay in Winterraum, but the Refugio is already opened (March) so we have comfort like in first class hotel. We have some dinner with group of six Austrian guys, some beers and so.

Early morning, totally clear, still with the stars above us. We are rising up with our skies. I feel like in paradise on Grand Paradiso. We are reaching the summit very quickly as everything went smoothly, just waiting for few guys than leave the summit (place for very few people). Just few minutes at the summit as the wind is strong and we rather want to begin our descent, still clear. Arriving to our skies, still arround 4000 meters, weather changed dramatically in 15 minutes, not more! I see one guy in the crevice between glacier and the rock. We approached him quickly to help him, but he was o.k. searching for his ski in crevice. Wind. Snow hitted our faces every few second. We don't see anything just our skies. I am not able to recognize if I am sliding down or not. But the guy with only one ski is perhaps in much worse situation so I am not complaining. We keep the rocks on the left, otherwise we could end up in seraks. Small plateau, we have to find the ridge. Large group is skiing down via glacier to different Refugio. I don't want go that path in this weather. We are joining only group of four people trying to find the ridge with gps. We succeeded and we are sliding down thin ridge we steep faces on both sides. I don't see anything and I am fucking afraid that we could cross the edge. We are skiing down the hill, much slower than we went it up. At some point that group of four guys turned left. I didn't like that so we rather turned right. When we reached the bottom of the valley we saw them skiing down the wall, which I would not be able to ski. We and up in the Refugio, staring at each other, totally appalled by what happened. No happiness that we survived, but still the fear. Mountain rescue was searching for that guys which we had the dinner wtih the day before.

Weather is still terrible. Wind is so strong, that one can not stand straight. Some people try descent from the Refugio but we are still waiting. Afternoon was better so we could try descent. Except of two times when we had to lay down to the the snow, otherwise we would be blown away, everything run smoothly. I am loosing my ski by my stupid mistake. But it is just ski. Maybe I was more happy that we survived than sad about the ski. 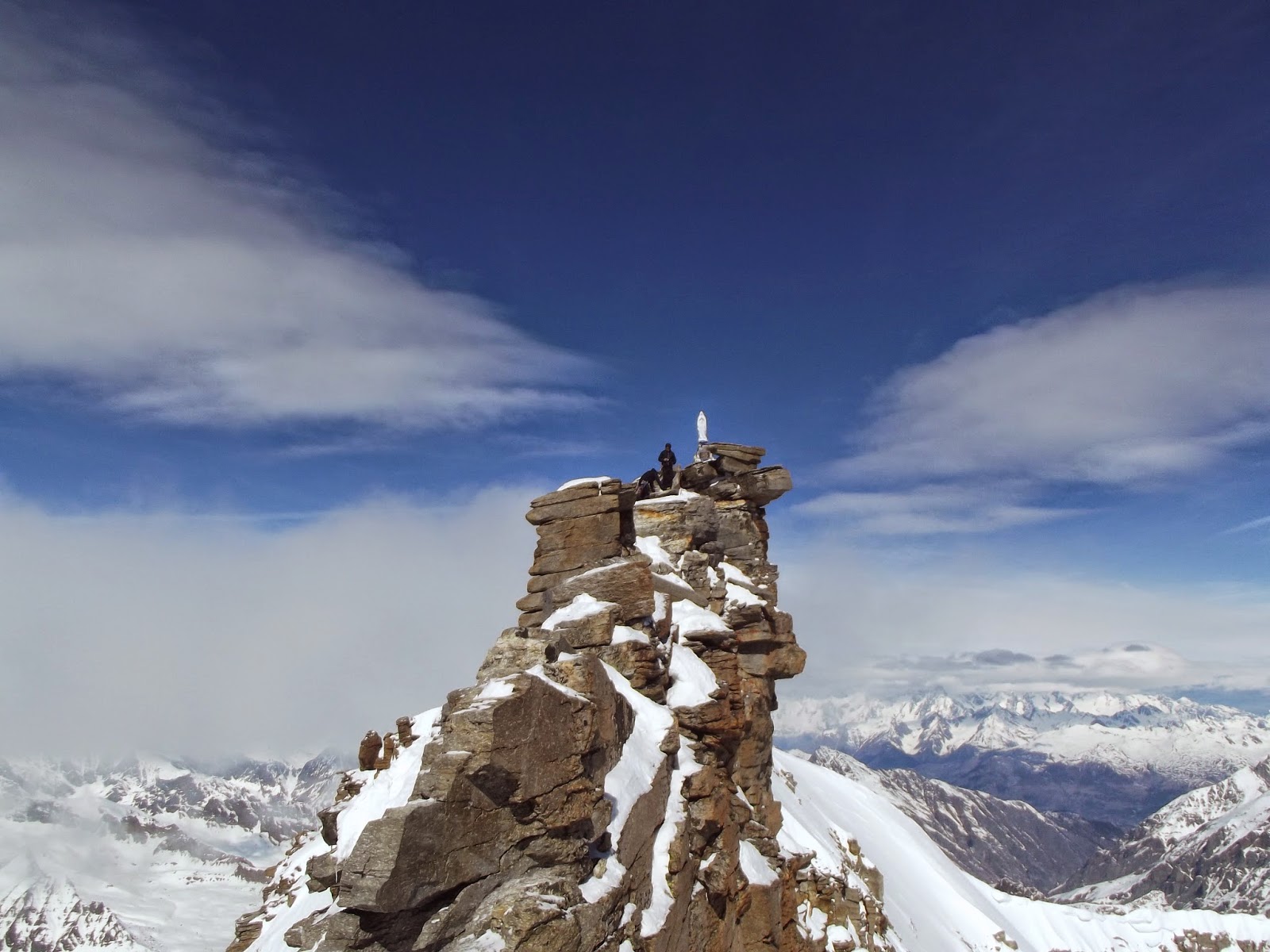 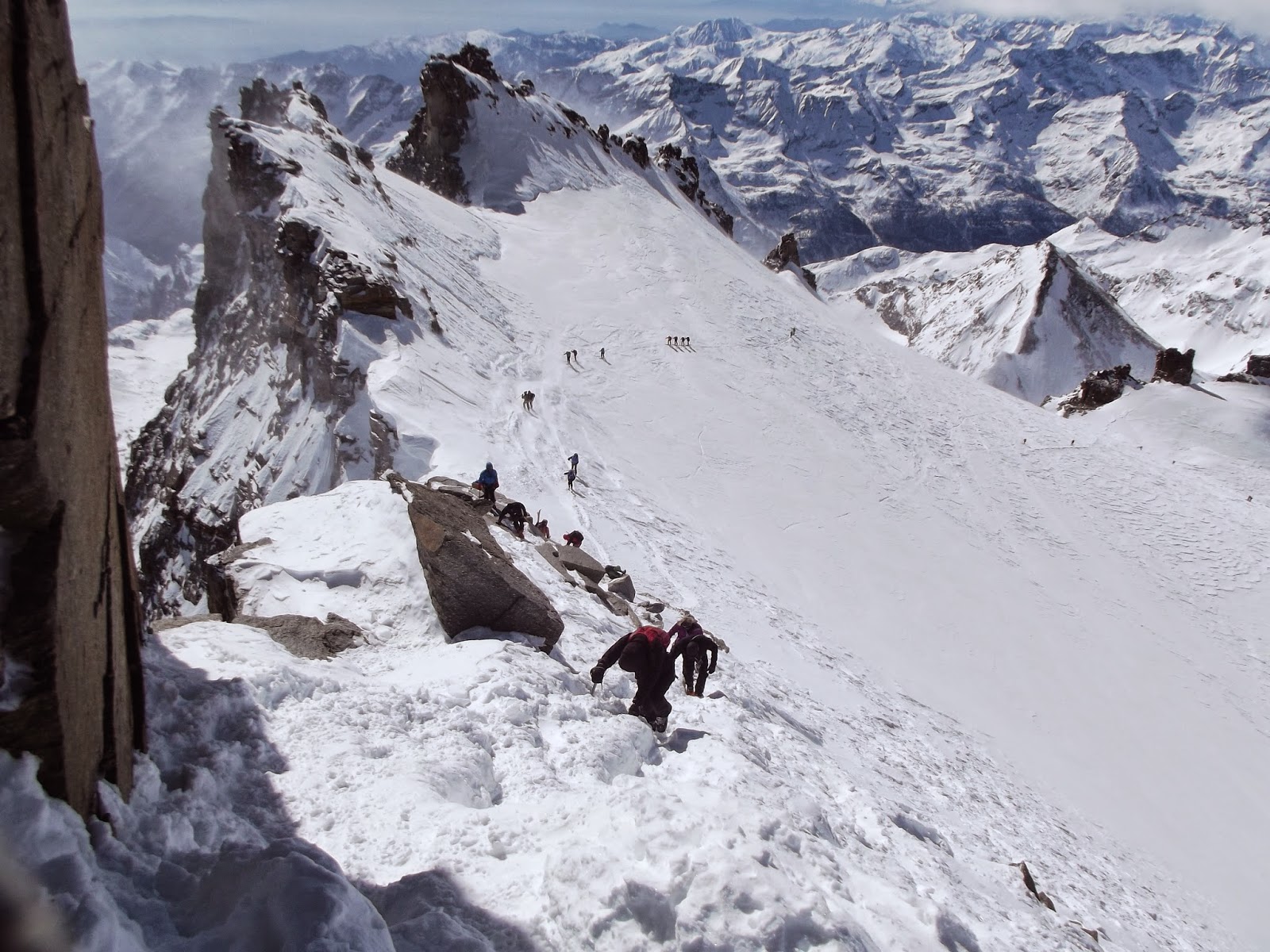 there was few cases of selfishness which I saw:

Somebody wanted to the summit and didn't care about people around pushing them and so ... , somebody didn't want to help that guy in the crevice, and so and so.

I would say that nobody can count the summit which he reached with selfishness. Everybody who helped somebody can count it twice. 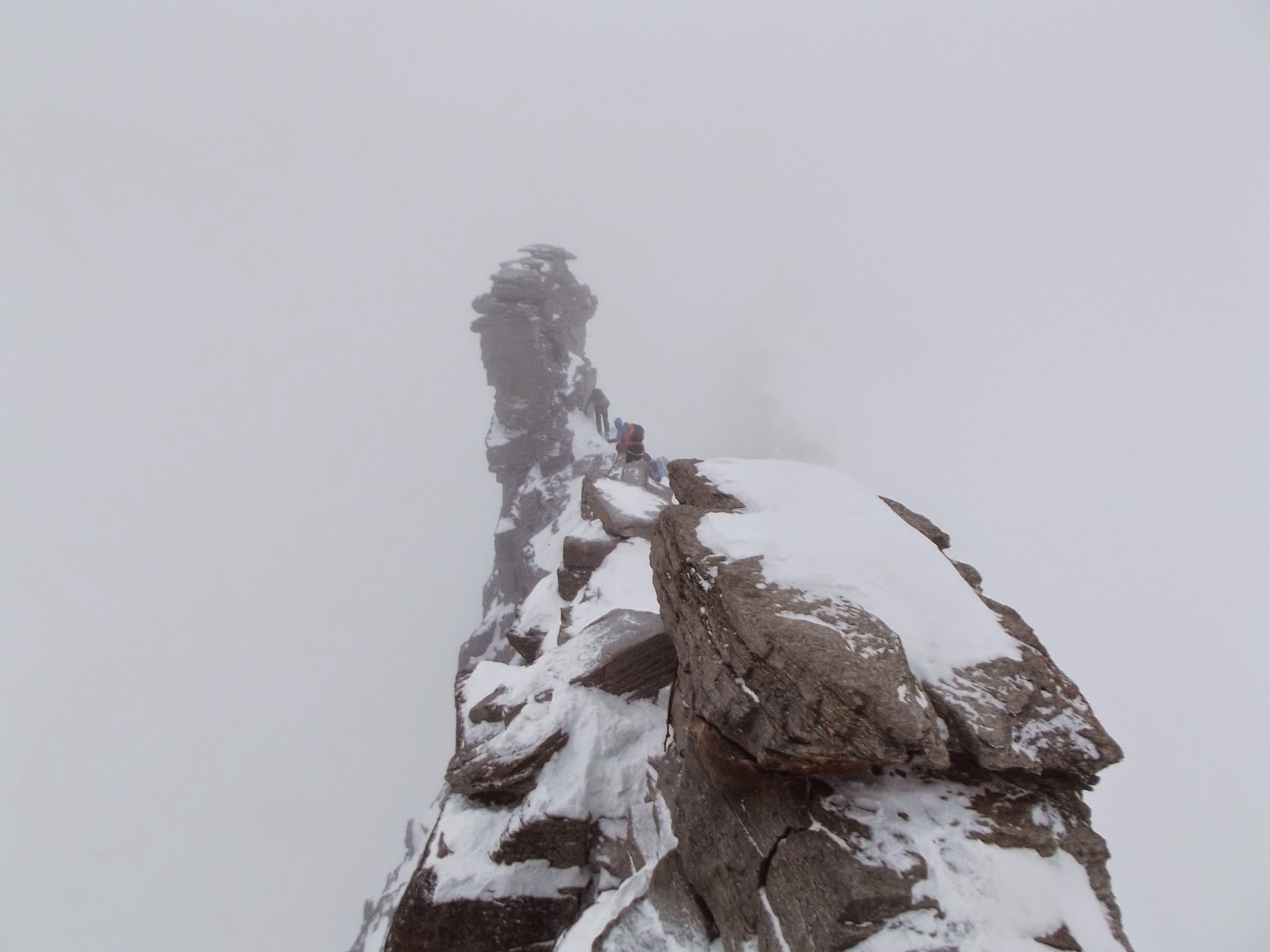