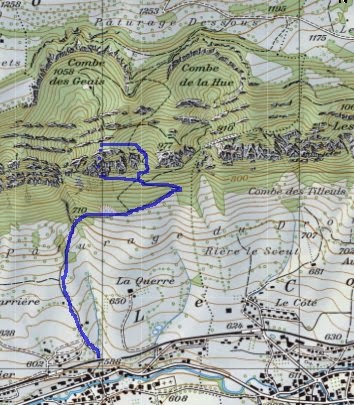 Next to Balmfluechoepfli this is again very nice mountaineering experience which is dedicated for beginners. But do not underestimate that, most of the lengths are easy but still there is one or two parts which can be quite tough even for experienced climber. 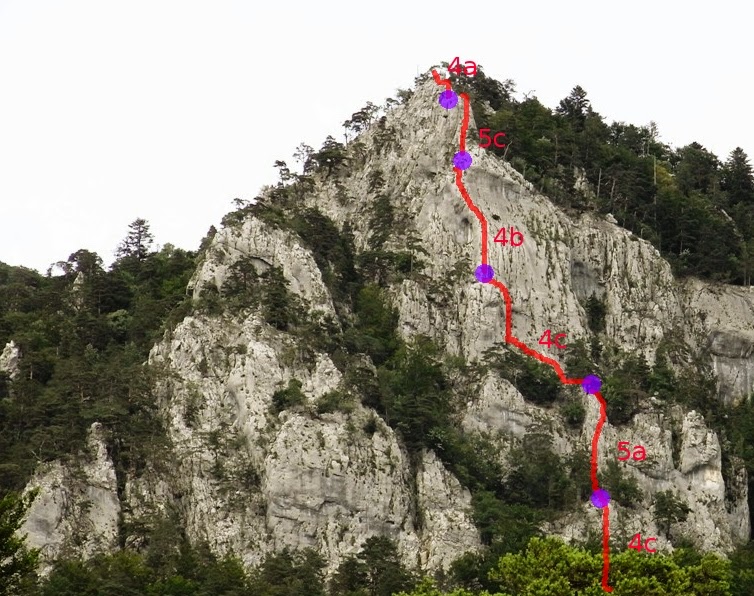 Before we climbed Pic de Grandeval, we spent one day in Pelzli, nice rocky area close to Basel which offers many routes of several difficulties. I am sure that this area could be visited by beginners as well as by professional climbers and everybody would find some nice route of his level. We spent night in some cave at the top of that rocks which is quite difficult to find and access but if you like sleeping at romantic and exposed places than it really pays out to find this place. 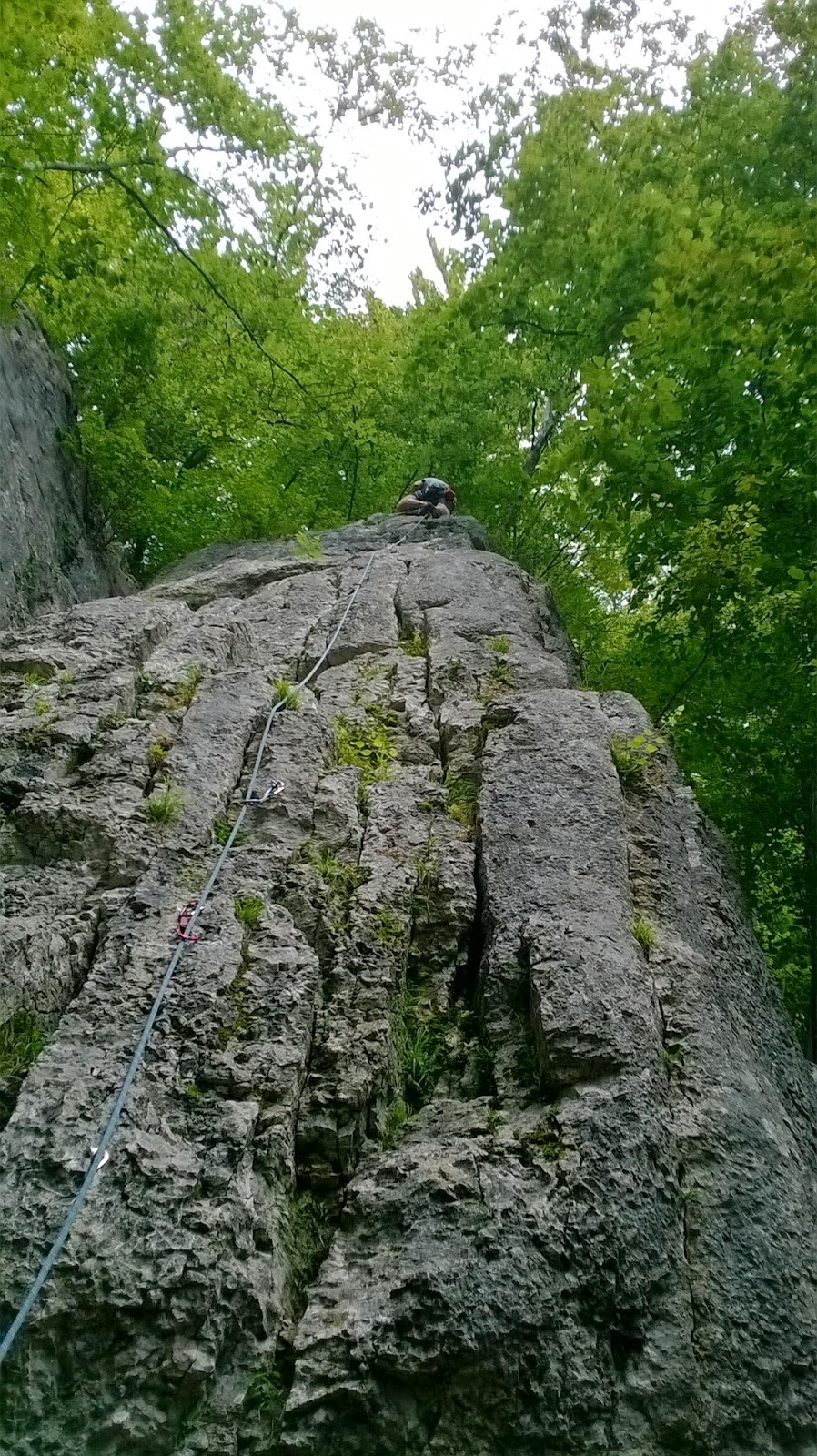 Next day we continued to Moutier to climb the route "La Balade" to summit of  Pic de Grandval. We lost our camera and keys unfortunately so we have pictures only from Venca's handy. If somebody find small camera and green keys there, please let me know. 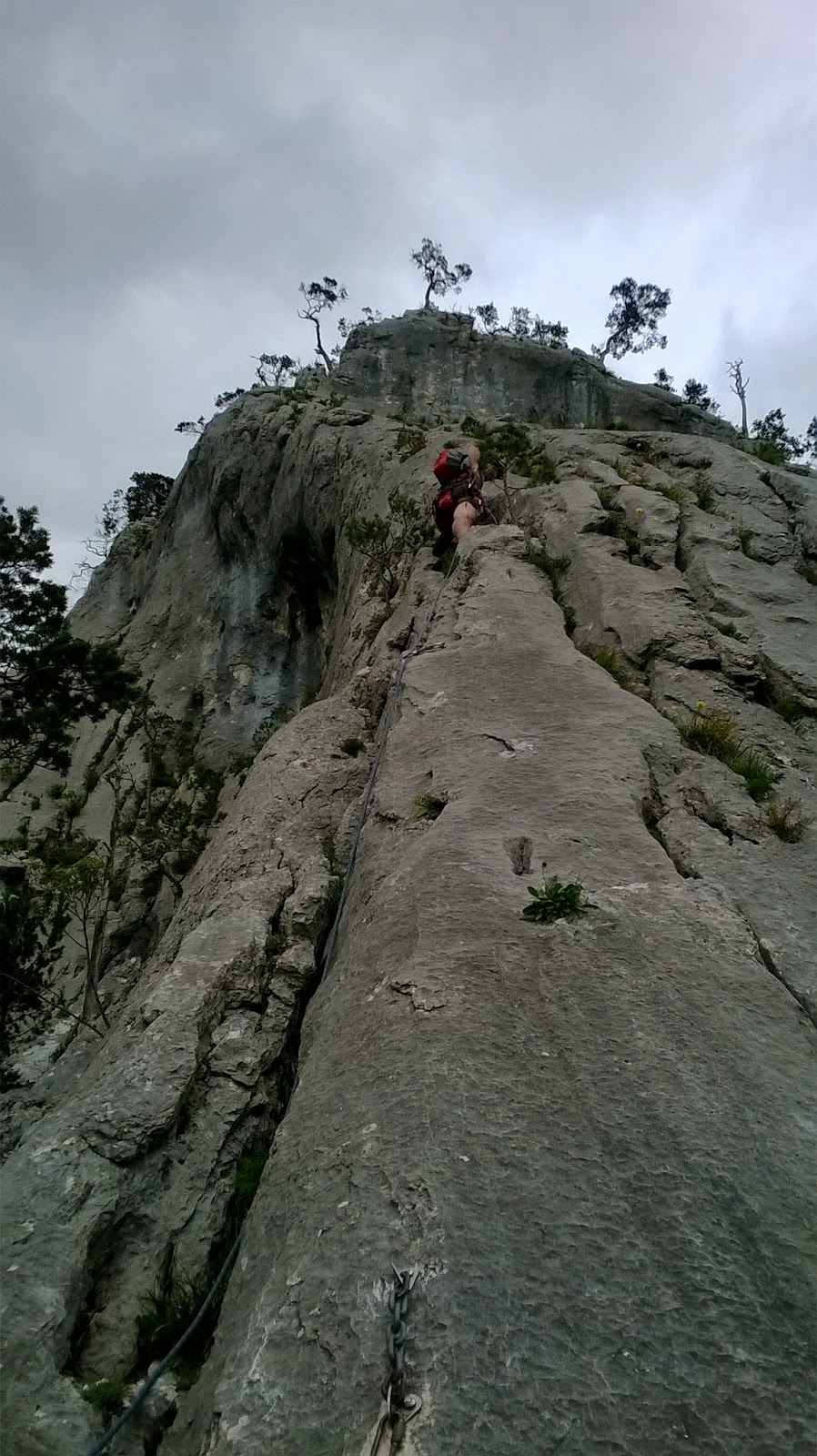 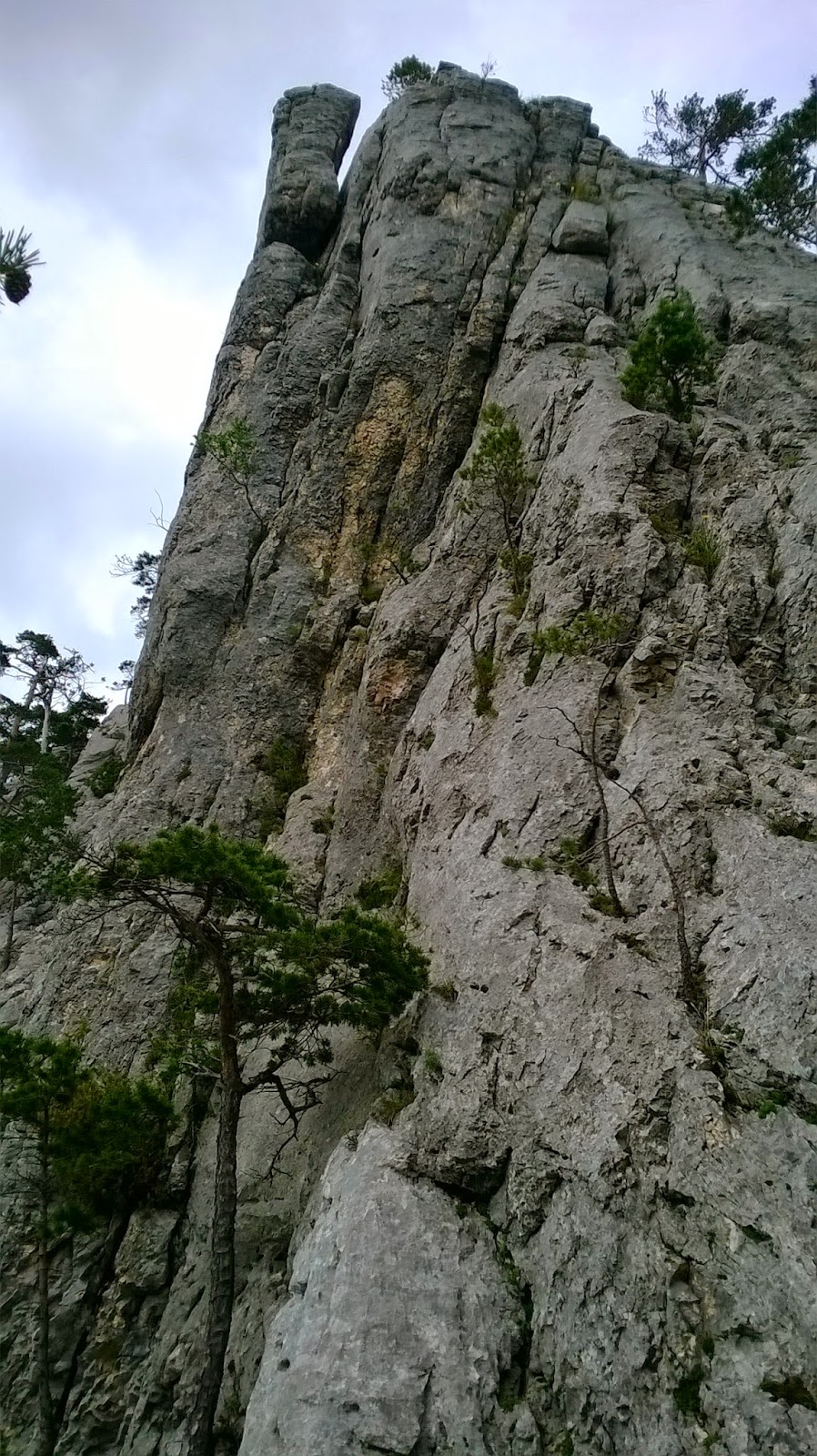 The rout itself was quite nicely secured such that one feels quite save there. Only problem we had after second length when we find out that it would be quite difficult to rope down because there was nothing suitable to hold the rope. Weather seemed to bring some storm at that point so I was little bit afraid but we could not do anything else than continue. Third length is supposed to be most difficult but we choose the rout totally on the left which was totally easy. Some problems appeared during the fifth length which was really tough for me mainly because there could happen some injury if one fall down even secured. Just because of this, I think, it should be better secured or not labelled as for beginners.

Enjoy Jura mountains and if somebody make this route don't hesitate to write a comment down here.

Email ThisBlogThis!Share to TwitterShare to FacebookShare to Pinterest
Labels: Jura