I hope that Czech version of this will soon appear here: Česká verze

There is first snow in the Alps and as we like snow much (me, mrqa and I am sure that Petra as well), we couldn't leave it unvisited. As I always have big plans, I wanted to make quite nice trek around Calfeisen valley. But there was several showstoppers. First, to go up to Snakt Martin by car is forbidden and anyway roads were like glass, so we had to walk quite long trek in the night from Vaettis first day. Second, there was more snow that we expected and even with crampones it would be exhausting and maybe not safe. 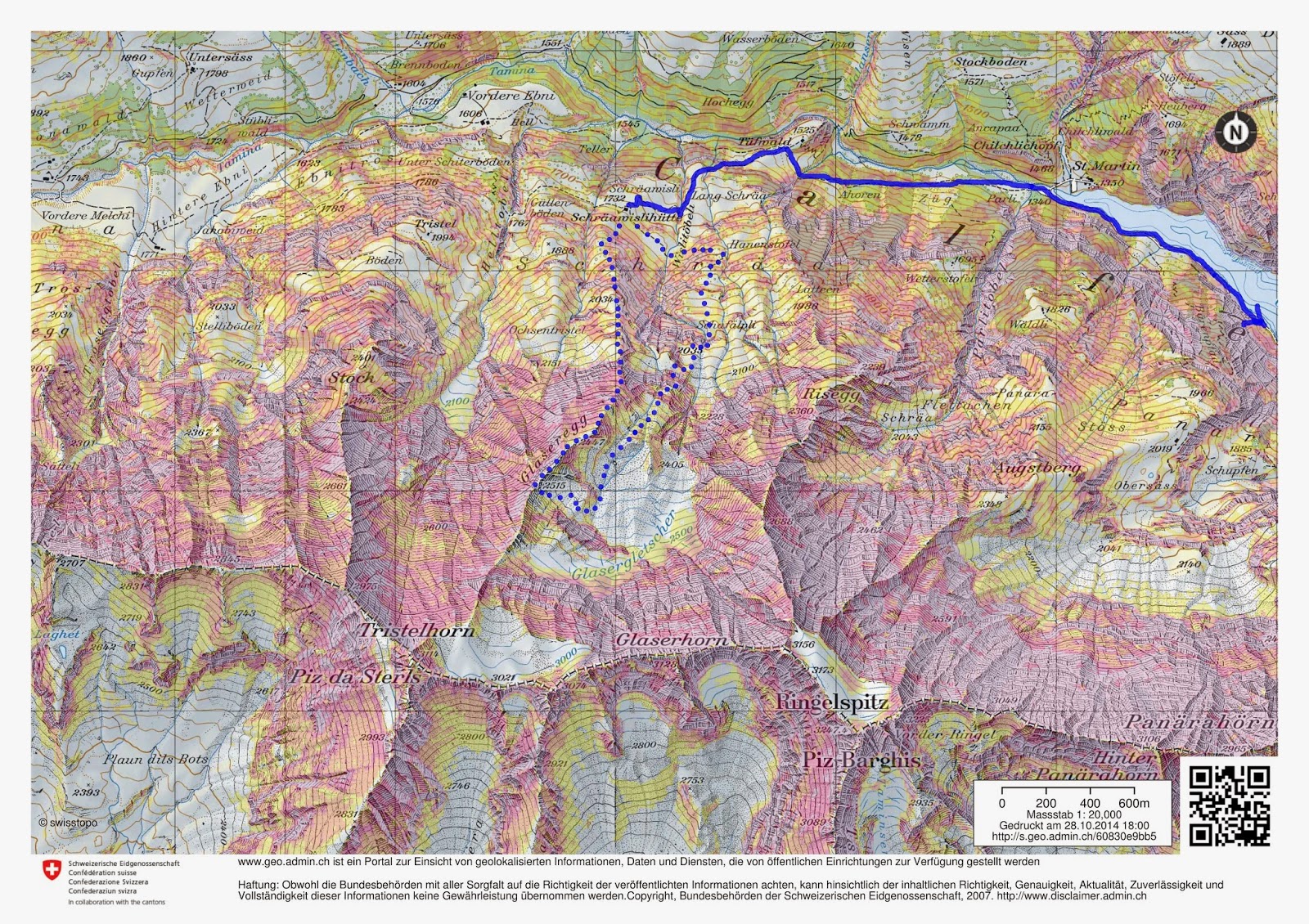 So we did just small trek to the top of Glaseregg next to Ringelspitz (see map above). We realized then that it was actually only option to get somewhere up, because anywhere else would be so much snow that we could not do that in one day. Trek itself was quite easy, just that there is no official path so one has to chose his own way. The top is quite rocky, but actually very nice even in bad weather. Descent was actually very funny because famous Mrqa himself fell down many times because of occasional places with lot of snow. Well, in fact I didn't do better. 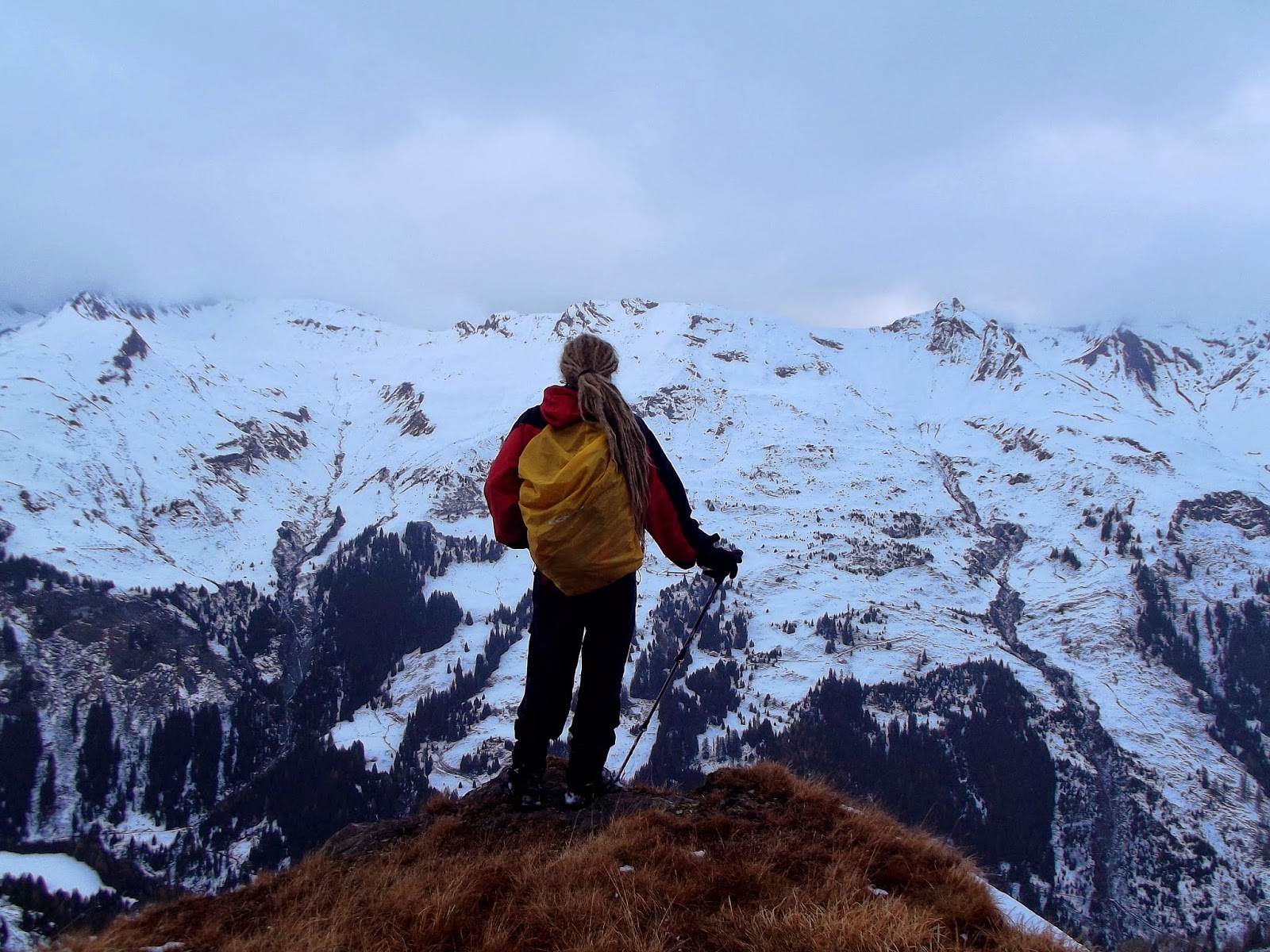 Finally we arrived back to the most beautiful mountain bothy in the world named Schraeawislihuette. The weather condition next day were much better than the day before and I would be more than happy to make some more ascents in this valley, but we had to go back to our work and pretend that we worked already whole weekend. 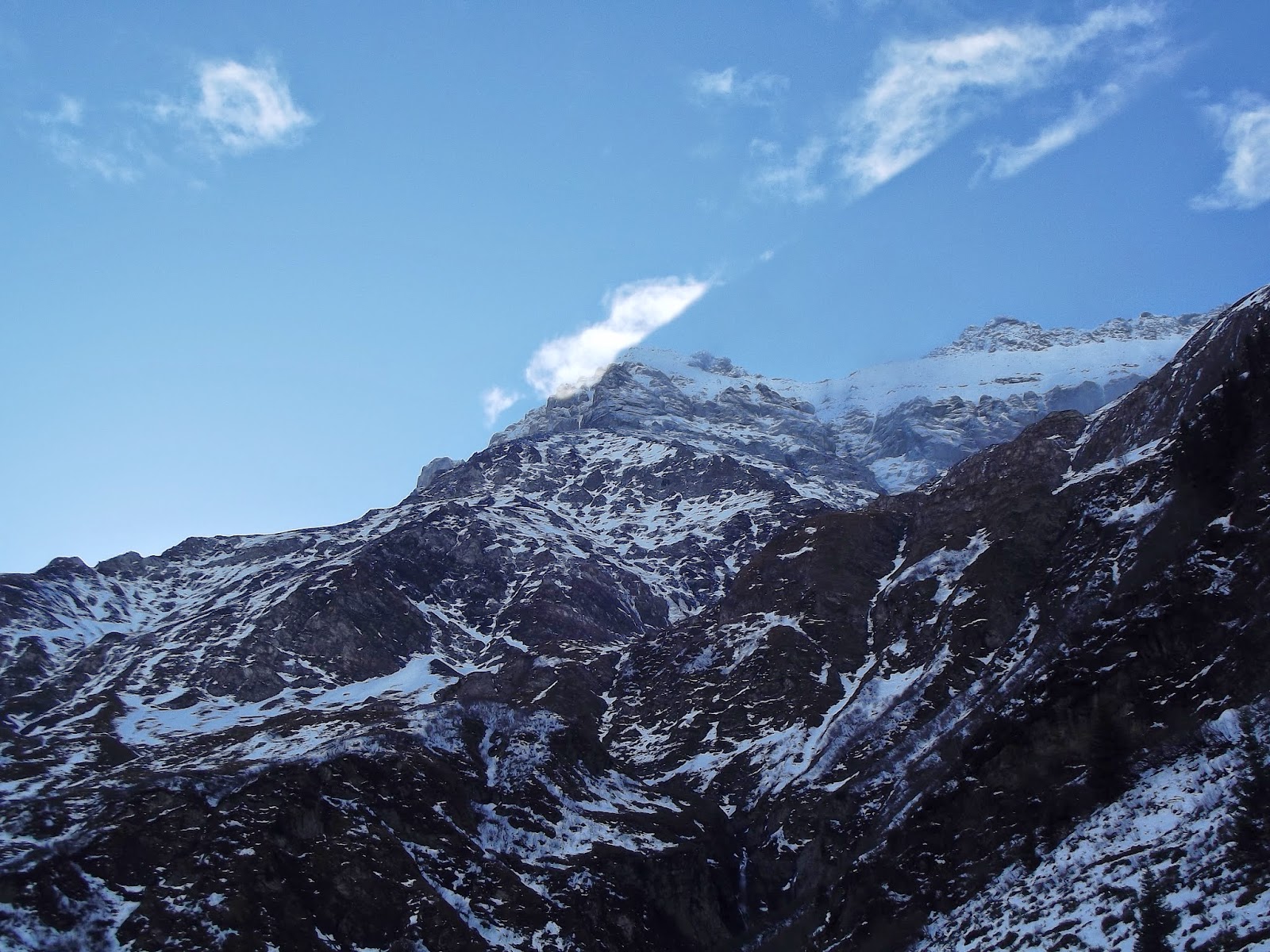