As we were invited by our friends Sabrina and Steffen to Innsbruck, we could not avoid some trip to its wonderful surrounding. S+S decided for the hike on top of the Brandjochkreuz (2268) which is kind of pre-summit of Brandjochspitze (2558). I found some map here: brandjochkarte

I would describe it as easy trip with quite significant elevation difference 1418 meters.  Such kind hike is perfectly designed for those who want to reach some nice altitude quickly without technical difficulties and get nice overview of Alps around Innsbruck and also to be very high above the city itself. Only thing one need to reach the top is good physical condition and some money for beers on the way down.

We started at the parking place before Gasthaus Frau Hitt at the altitude of 850 which probably the highest place reachable by car. We are walking up the hill following the track of mount bikes discussing how some crazy guys can ride this down. Crossing the some nice ski slope we get to nice path leading to Hottinger Alm, nice cottage on the edge of the vegetation.


On the way from Hottinger Alm, we followed some path which followed the contour. We met some chamois (you know this mountain goat) in the middle of his lunch. I guess he didn't wish us there because he made some sound similar to breaks of old bike. Anyway I mention this because this clearly ideal place when somebody wants to get to them really close.

When we reached Brandjochkreuz we discussed possibility to go further to Brandjochspitze. After few minutes of discussion we refused from following reassons: weather got worse, there is still some snow (as you see on the picture above) and finally there is nice cottage down there full of beer. In meanwhile some of those crazy bike guys reached this top with the bike on their backs. And one of them surprisingly managed to ride this down, rest of them rather walked next to their bikes. The weather suddenly turned to be pretty rainy and cold so Martina and friends of mine decided to go down. I wanted to stay for the while and pretend that I am enjoying the time on the top with tee and so but anyway I felt also fucking cold so I stayed just for few minutes. But I was there alone except of one runner on the picture bellow what was quite nice feeling. 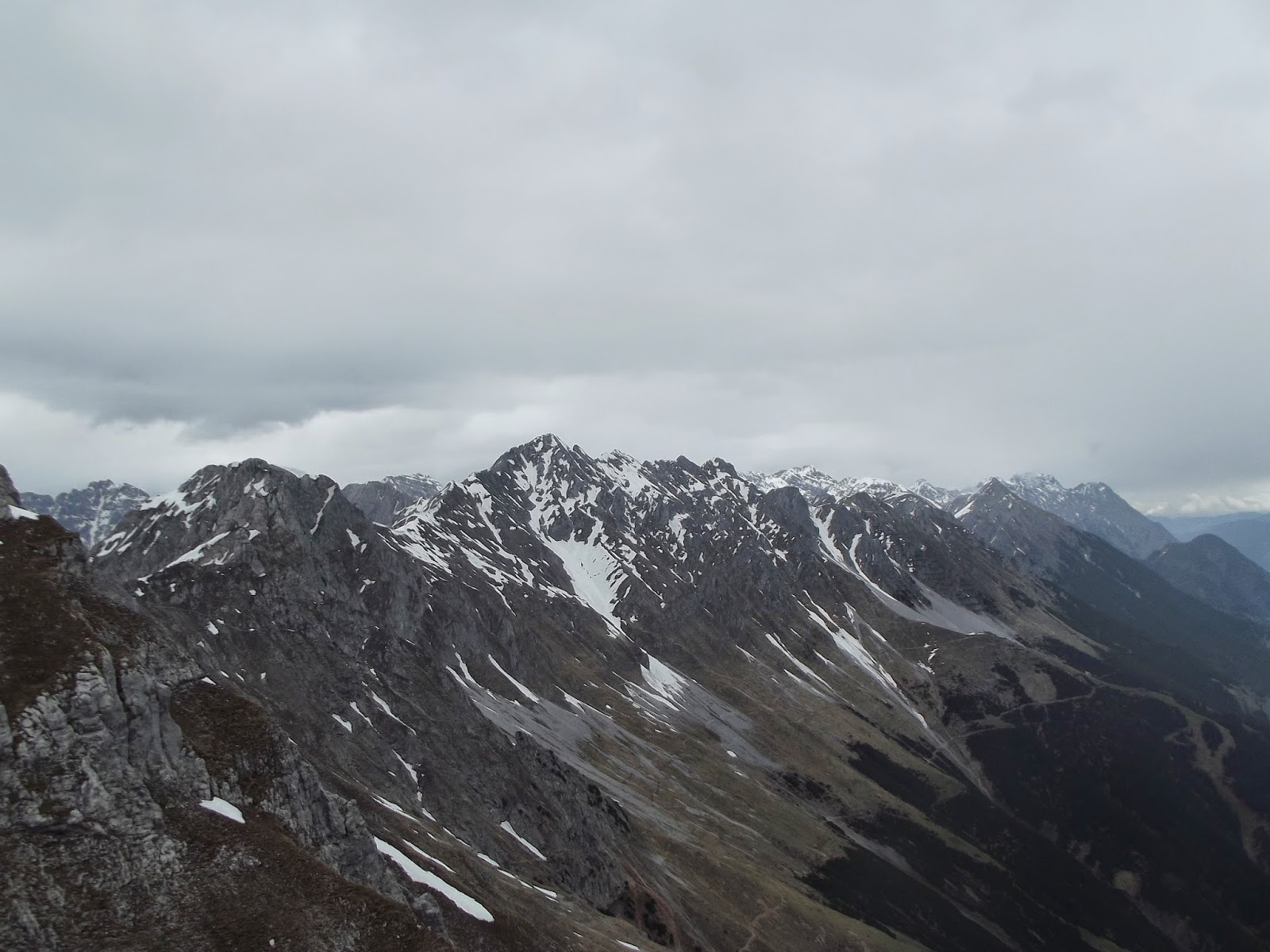 On the way back weather get better again so we could enjoy our way down looking to walls of Brandjochspitze and whole massive. As I marked already we made some beers at some very nice place. I don't remember the name by hard but Sabrina or Steffen could you notice that somewhere down to notes? There were those funny guys dancing typical tyrol dance. Seems like they are there quite often.

In the end I would like to thank to Sabrina and Steffen to take your time and to invite us this nice place. And also to introduce us Innsbruck which is particularly nice city even not counting these mountains around. See you there again.